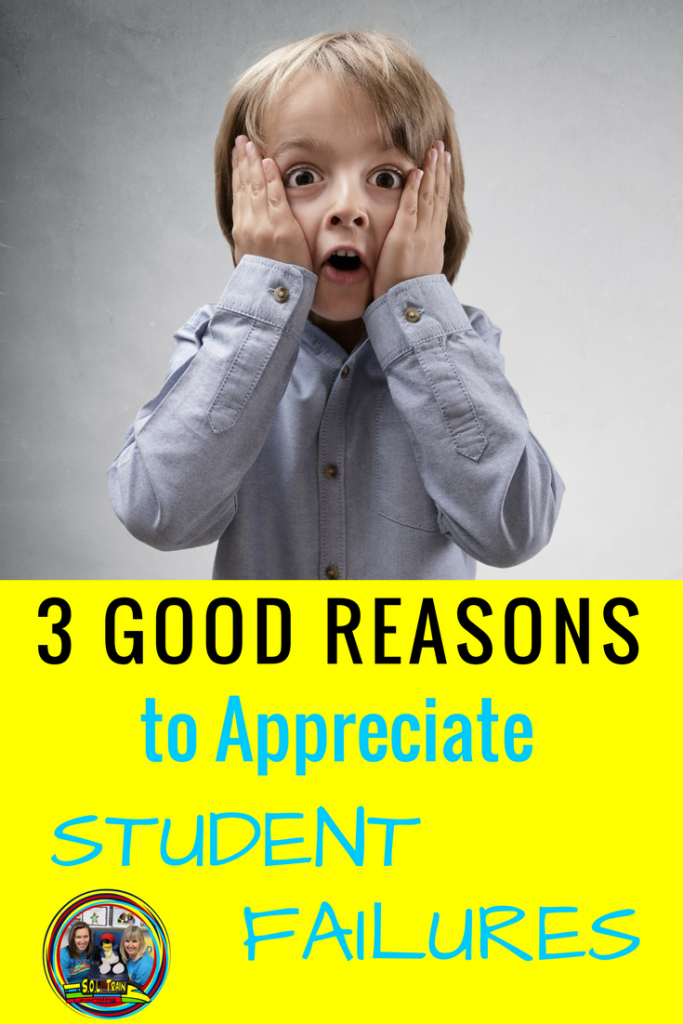 “F.” There it is, bold and unyielding, in bright red pen at the top of the paper.  This single letter brings with it so many connotations; I screwed up, I’m stupid, I’m such a loser, and most prominently, I failed.  No one likes failure.  It’s a reminder of our humanity and along with that, our imperfection.  I’m sure you have both seen and written this letter on a test, paper, or other graded assignment.  This letter doesn’t provide positive feelings for the giver or the receiver.  It’s a letter so dreaded that it might as well be excluded from the alphabet.  That would be a hassle though as we would have so many words we could no longer understand.  Just as the alphabet needs the letter “F,” your students need failure.

Now, I am not advocating “allowing” your students to fail or creating an environment that facilitates failure.  I have known some teachers that purposefully make the first test nearly impossible so students can get that first “F” out of the way.  This just isn’t air (See what I did there?  Doesn’t have the same oomph as with the letter “F” does it?).  Along these lines though, students should not be afraid of failure.  Failure is a healthy, inevitable part of life that should be embraced and leveraged rather than avoided.  My reasons are three-fold:

1) Failure pushes students to work harder:  If a student never encounters challenges, that student will never realize his or her full capacity for learning or achieving of any kind.

I was an “A” student.  My whole life, the Principal’s Honor Roll was standard for me.  This wasn’t because I was remarkable in any way, I just worked hard, and honestly loved to learn.  I was and still am a proud person, and couldn’t stand anything less than excellence.  It bothered me to my core to get a grade any lower than a B, and even that took some concession.  There were a few times I would get low grades, work harder, and ultimately bring them back up.  It was my failure that showed me there was more room to grow.

When your students fail, it’s important to show them this is a sign something has to change.  This isn’t a roadblock, it’s an opportunity to grow and excel.

2) Failure makes students braver and more confident:  If a student never meets opposition, he or she will never grow.  There is an entire website called The Growth Initiative dedicated to the idea that adverse life experiences lead to a stronger and more positive person.  It makes sense doesn’t it?  Cliched though it is, Nietzsche’s claim that “what doesn’t kill you, makes you stronger,” is true.  Because once you have undergone a stressful or challenging life event, you realize something: You’re stronger than you thought you were, and there are higher priorities in life.

My straight “A” career may seem like the perfect academic success story until you start peeling away what those “A” grades did to me.  As I grew, it became increasingly difficult for me to accept failure.  Now, you’re probably thinking, “What’s wrong with not accepting failure?  Shouldn’t everyone strive for excellence?”  Yes and no.  The issue with my aversion to failure is that it soon became a stumbling block for growth in my life.  I wouldn’t set goals because I would fear not achieving them.  Why strive for something if you could potentially fail?


Once I actually encountered failures, and more importantly personal setbacks in my life, I realized life is too short to fear failing.  My father-in-law passed away three years ago from cancer.  He was in his mid-fifties and none of us saw it coming.  If you have ever lost a loved one, you know that kind of powerlessness and lack of control really puts things in perspective.  There are some things we can’t control in this life.  You can do everything right and still fail.  Forbes.com released an article in January of this year, stating that 90% of startup businesses fail.  Do these failed business owners hang their heads in defeat?  Some do, and some get up, brush it off, and become millionaires.  Read these 29 success stories of familiar individuals.

3) Failure is always an opportunity to learn:  How much more impact does an experience have on you when it is associated with failure?  For whatever reason, we have very strong emotions connected to failure.  It’s how we’re designed.  This PDF from Indiana University in 2009, addresses the negative effects failure has on individuals psychologically, and more importantly, addresses the result a positive outlook has on failure.  Continuing with my educational journey… 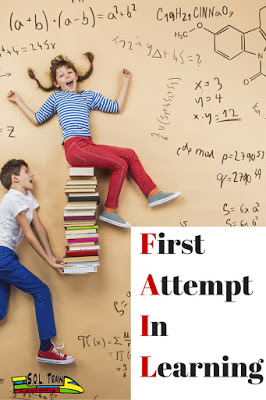 My AP US History teacher was tough.  Most of my class time was spent listening to lecture, taking notes, typing those notes into my computer at home, and then studying those notes.  This all culminated in epic tests that pretty much always had to be graded on a curve.  As an academic perfectionist, you can only imagine the effect this had on my psyche.  That being said, this teacher gave us the opportunity to do test corrections.  We would go back through the test and find the correct answers to the questions we missed.  I have to admit, once I missed a question on a test, the memory I associated with that failure helped me better recall the correct answer in the future.


The moral of this story?  Redefine failure in your classroom.  You will not only have to redefine for your students, but parents as well.  As you fully know, parents are sometimes harder on their kids than you are.  Do what you do best and teach about how failure is a positive thing and it’s a wonderful learning opportunity.  I encourage you to try something totally outrageous and please, please share your findings: The next time a few of your students fail a test, encourage a brave volunteer to stand up and share his or her “F.”  Rather than feeling shame, encourage your student to celebrate. Explain that you are celebrating this “F” because it means your student has an opportunity to learn and grow.  Use this time to remind students that failure is a part of life and it’s what we do with it that’s important.  For those of you that are subscribed to our newsletter, we will even be sharing a note you can send home to parents with a child’s “F” celebrating his or her opportunity to learn.  If you aren’t subscribed, subscribe above for great content and exclusive offers!

One last thing since this is part of our Educational Superhero series.  If you have not been following along, here are some links to catch you up: Post 1, Post 2, Post 3, Post 4, Post 5.  Redefining failure gives the learning process to your students.  You show them how to take ownership of their grades and you give them control over how to feel about them.  They don’t have to be ashamed.  They have the power to change their outlooks and their results.  I think you will be pleasantly surprised by the outcome.

Have a great week!

Success! Pretty please find us in your inbox to confirm your subscription.

Master Literacy for EVERY Student in 15 Minutes a Day!

Get Your FREE Guide!